Tuesday, February 10, 2015, started like any other day for Association President Jim Tupko.  Until he received a frantic call about two guests checking out the Community.  “What?”  he said, “You’ve got to be kidding.”

He left his apartment in a hurry and found “Petunia” and “Porky”  — as he fondly named them — having a look around.   Some investigation revealed that these porcine partners had been dropped off at a nearby business and had somehow escaped.  I guess they sensed something there that they didn’t like.  They were returned to their rightful owners. 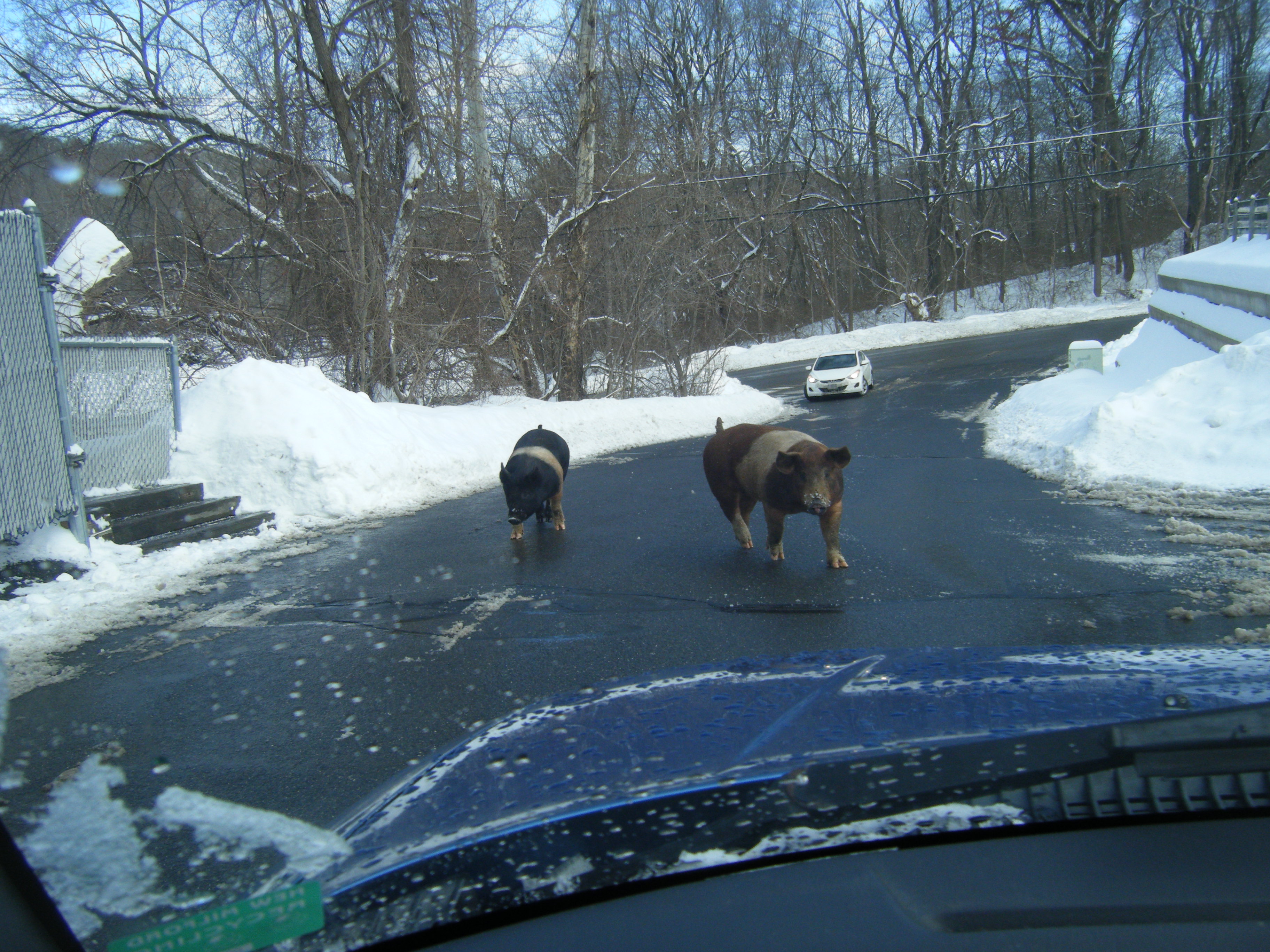